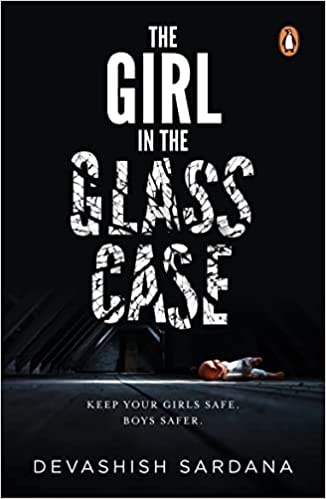 Book Review — The Girl in the Glass Case by Devashish Sardana

The Girl in the Glass Case: Keep your girls safe. Boys safer. by Devashish Sardana

Crime in Bhopal city is at a record high; dead bodies of young boys less than five years, dressed as barbie dolls and encased are found in major spots in the city. As ASP Simone Singh goes on the trails of these dead bodies to find the perpetrator, infamously labelled by the media as ‘The Dollmaker’, an old serial killer ‘The Clipper’ resurfaces. The Clipper, who had been famous for past nine years for his horrific crimes, was upset with The Dollmaker hogging the limelight with just one incident.

As both the serial killers compete to catch the city’s attention, more dead bodies surface, leaving Simone, her partner DSP Zoya, and their boss Irshad frustrated. Will the three be able to catch The Dollmaker and the Clipper before they wreak havoc in the city forms the rest of the story.

The story starts with murders by The Dollmaker and gets more interesting when The Clipper resurfaces. The theme of two serial killers with similar behavior patterns but different modus operands throwing challenges to the police makes for an unique theme. The first half of the story moves at break-neck speed with Simone and Zoya trying to pick clues to catch The Dollmaker. The entire story takes place in five days keeping pace of narration very racy.

The second half, especially towards the end, concentrates more on the antagonists, their backstories and narrates the story from their PoV. The author reveals the names and the techniques used by the Dollmaker and the Clipper very early on in the story to confuse the reader, as the reality of them is saved to the pre-climax portions. The reason behind the serial killings and the psyche of the antagonists is well related by the author to the abuse they are subjected to in their childhood.

I personally could not relate to the intentions of the Clipper, so are few sequences in the second half, which lacked logic. The story starts in a blockbuster manner, and though it keeps the reader on edge till end, I would have liked a tighter narration in the second half. Simone and Zoya have interesting characterizations, especially Simone who is not a typical protagonist, but is a tough crime detective.

The few hiccups in the second half aside, the book makes for an interesting read, especially for fans of thrillers.

Book Review - Love Curry : A Potpourri of Love and Life and All Things in Between! - by Pankaj Dubey

Book Review — Once Upon Us by Abhiishek Mohta