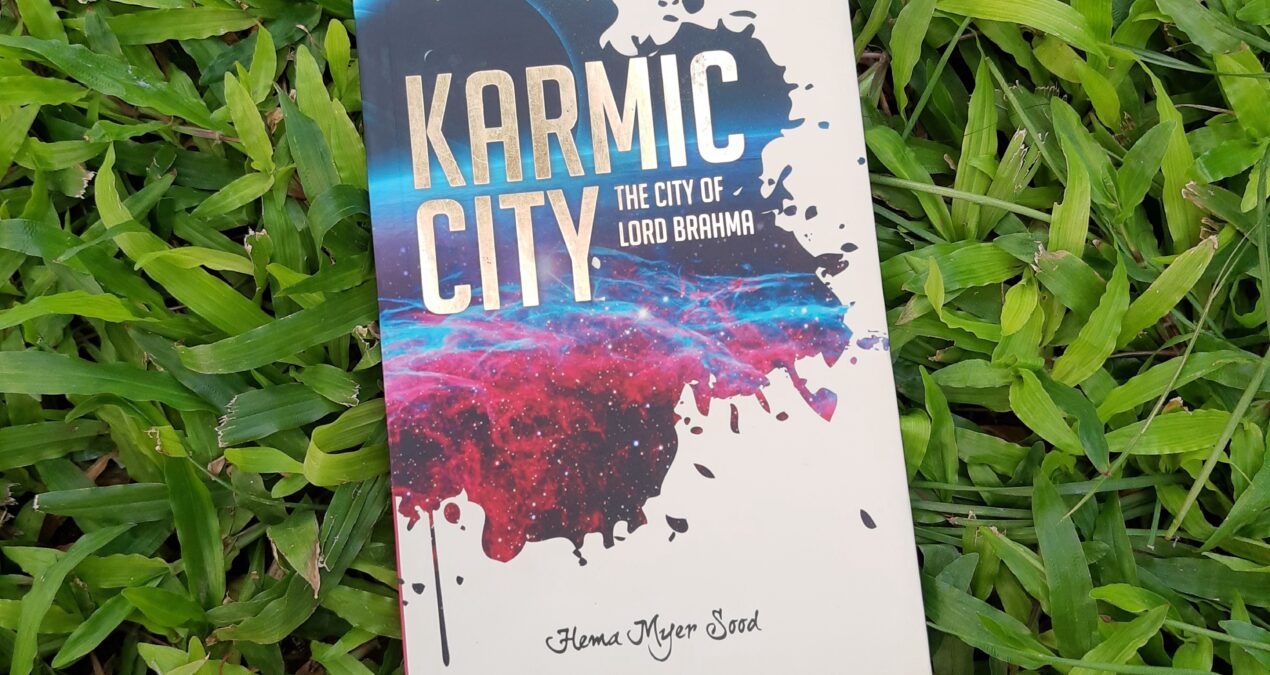 She sat for a long time in a pensive mood evaluating the unusual events of the last hour. She pondered upon the startling fact, which the Soul had explained to her about the existence of subtle bodies. She ran a hand lightly around her, happy with the idea of their presence. She walked to the large window, which overlooked the nearby road. In the fading twilight she observed people walking past, wondering if their auras would be enhanced by the auras of other passers-by. A whole new world of subtle forms and energies was revealed to her in a few sentences by the Soul. She involuntarily hesitated to take her first step into experiencing the vast mysteries of the infinite cosmos. She looked up and noticed a distant star twinkling. She inexplicably felt an innate part of her reach out and strive to touch the distant star. Confused, she tried to consciously draw her feelings back, aware this conversation on spirituality could create a sudden upheaval in her staid, pragmatic life-style. Soon she was dismally aware that she was unable to comprehend her ethereal inner self, which effortlessly reached out to merge with the twinkling stars. She slowly sank down into her rocking chair trying to gauge the depth of her turbulent inner emotions, which were resisting her control. Suddenly, a flash of intuition whispered to her, that her destiny would dramatically alter, taking her to new spiritual heights. Taken aback by this unprecedented revelation, the vicious struggle temporarily subsided. She became aware of the stark reality that she had inadvertently tried to suppress her inner flight by her external value sys-tem, which stemmed from traditional beliefs. The moment she consciously let go, she felt an indescribable peace saturate her mind. She took a few deep breaths to calm her restless mind and she lost awareness of her external surroundings. She entered a deep meditative state as her turbulent emotions quietened.

Hema Myer Sood released her first book at 29. The Eternal Ocean of Brahma depicts the wisdom of the Bhagavad Geethaimbibed through intuitive perceptions of the waves of the ocean. She received notable reviews and was compared to Newton and Archimedes for her unprecedented perceptions. Another two books successfully followed within a few years.

Two decades later, The Karmic City trilogy was released in the genre of New Age Philosophy. Karmic Cords is a poignant narrative of the author’s personal loss of her only sibling.

Her foray into historical fiction interwoven with New Age Philosophy created a unique thriller — The Crown of Tijarawhich will be released in 2020.

What if a strange but enigmatic person suddenly appears before you and does not attach any external factors like age, gender, religion or region to themselves; would rather prefers to be called as ‘Soul’. Karmic City: The City of Lord Brahma begins with Soul coming across the other four characters Aditi, Vaidehi, Virat and Karthik. Starting with Aditi who first meets Soul, each one of them is enamored by the mere presence of Soul. As they start discussing with Soul their problems, their dilemmas and emotions, Soul starts dissipating the meaning of our existence — the physical body, the subtle astral and casual bodies.

The first part in the Karmic City trilogy — The City of Lord Brahma discusses about the human life at a physical level as believed in Hindu mythology that Lord Brahma is the creator of life. The book is divided into two parts — part one describes the physical level of consciousness and part two the mental and subtle levels of consciousness. The writer smartly makes the narrative interactive and interesting for the reader by introducing four characters along with the Soul and to narrate the wisdom through them instead of making it a plain non-fiction read. Hence, the entire book reads like a Guru enlightening his disciples, as the four characters prod the Soul with their questions.

From the first page, it is clear that the author has a lot of knowledge around the concept at hand and has done extensive research. The poems in between the prose are very well written and are very impactful. From the word go, the book gets into the serious groove it is meant to, which can be a bit tough to understand for those who are beginners in spiritual and philosophical concepts. For example, the Soul keeps getting into meditative mode when there is a need to get answers, however, if the reader has never experienced what an actual meditative experience is like, then they may not be able to gasp all the details shared by the author in this book.

Pick this one if you always wanted to learn about your body and soul beyond what your academic books might have taught, however, be warned this book is written with exceptional expertise in these areas, so it is strictly for serious readers.