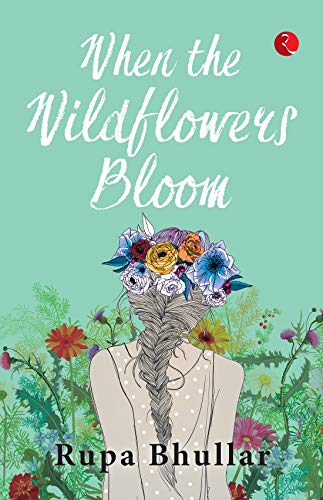 Book Review — When the Wildflowers Bloom by Rupa Bhullar

by kiranmayi
2 Comments
Spread the love

When the Wildflowers Bloom by Rupa Bhullar

Tara Grewal has been married to Tej for seventeen years with two kids Mehar and Sid; their troubled marriage comes out in the open when drunk Tej hits Tara in front of friends and family during Tara’s birthday party. Though abuse had been a part of their marriage, such public shame forces Tara to move out of their house, initially to stay with her mom. As her sisters Meeta and Mala suggest multiple alternatives, Tara choses to go stay alone at her grandparent’s ancestral house, which lay uninhabited for many years.

Her new life brings Tara close to Seerat, a young girl with dreams for a better future, Dev a family acquaintance with past emotional baggage of a dysfunctional family, and neighbors from her childhood. How Tara navigates to build a new life, after losing her identity and confidence in an abusive relationship forms the rest of the story.

The story starts with Tara moving to her ancestral house and her past is revealed in multiple flashbacks. The first half of the story is gripping as Tara struggles to accept the reality, finds ways to overcome the trauma and discovers herself in the process. The author succeeds in slowly building the new world of Tara, starting from a point of uncertainty and despair. The second half loses momentum as things take a predictable route and the freshness quotient found in the story so far, slowly declines.

The cover is intriguing and conveys the gist of the story. The author conveys Tara’s turmoil by revealing the innermost layers of her psyche in an intense and raw manner. The writing is lyrical and captivates the reader’s imagination well. The author picks a sensitive topic of marital abuse and stays true to the topic without unnecessary drama. I however wish the characters were more realistic as they are feel-good but at times too good to be true in current world.

Even with a predictable second half, the story immerses the reader and is sure to touch a chord with those who love to read stories with a social message.

This post is a part of Blogchatter Half Marathon

Book Review — Waves in the sky by Rakhi Jayashankar

Book Review — Done With Her by Chirasree Bose