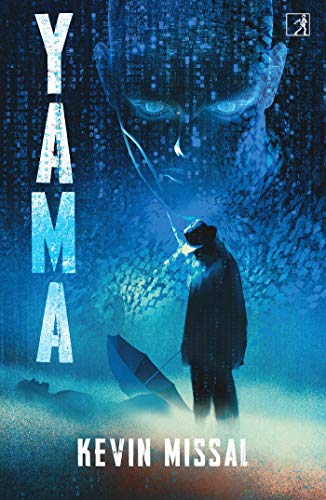 Dhruvi Rajput lost her twelve-year old daughter Pia a few years ago due to online bullying and her husband Rahul an year ago due to a sudden heart attack. As she struggles to handle this grief, she receives call from a random caller who identifies himself as ‘Yama’. The caller catches Dhruvi’s attention by declaring her husband was his mentor in the past and expresses his displeasure at the crimes happening in the country.

Basheer Ali a CBI officer who is notorious in his circles for consistently breaking rules but also known for successfully closing cases, is assigned a murder case by the director himself accompanied by a last warning to change his ways. What seems initially like a standalone case to Basheer soon turns into chase of a serial killer.

As Basheer tries to find the motives behind these killings, he crosses path with Dhruvi who already got a hint from Yama about the next victim. Why would Yama want Dhruvi to be aware and involved in these deaths, how is Rahul connected to Yama and will Basheer be able to crack the mystery forms the rest of the story.

The author Kevin has so far authored books in mythological genre only and this is a first beyond it, however, from the title to the modus operandi of the killer — are all based on Indian Mythology. The author touches multiple contemporary issues starting from animal poaching, pornography, #wetoo moment, dark web, sex-scandals in ashrams, cocaine parties by movie celebrities, media misleading public by siding with political parties.

Though there are a multitude of issues touched upon, the author smartly weaves them into narration, so they do not feel overwhelming. The pace is very slick avoiding unnecessary description of the characters or the places. The cover and title are well designed, are intriguing and summarize the gist of the story. The story mirrors the times we live in and how normal humans might turn vigilantes to avenge the evil and injustice around.

Though the mystery is maintained well till the end, once it is revealed it kind of fell flat for me, as it was too fictitious and futuristic. Also, the first half was gripping and interesting, while the second half of the story gradually loses the charm as the sequences lack logic. The rituals followed by the killer are inspired from Indian mythology scripts but have a stark similarity to a movie that came more than a decade ago.

Overall, the social message and underlying vigilante theme are the strengths of the story; if you are an ardent fan of thriller genre and don’t mind the creative liberties taken by the author, then you will enjoy this.

Book Review — Anaaya and I: Journey to motherhood by Manisha Garg