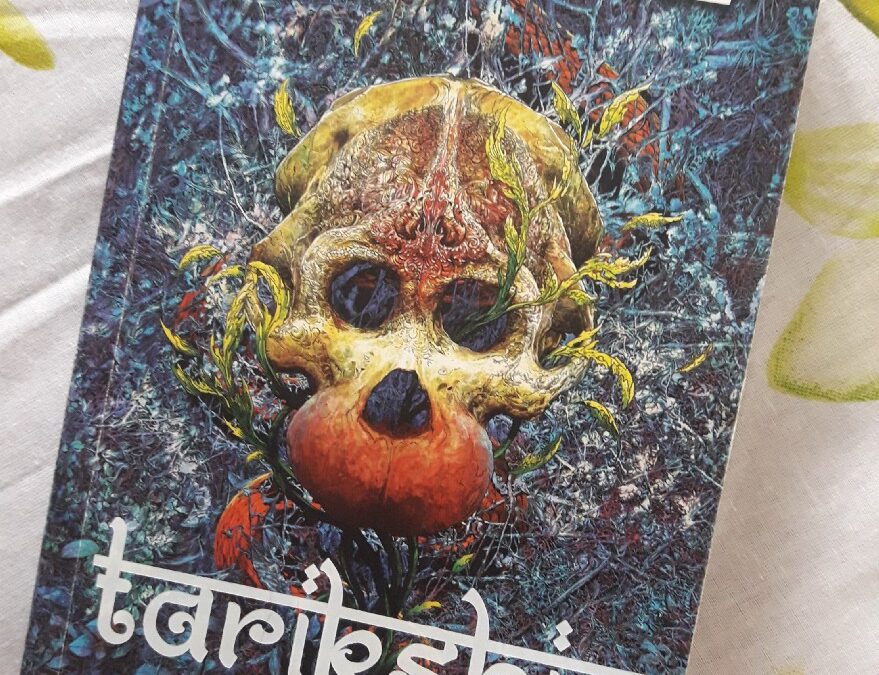 Tarikshir: The Awakening — by Khayaal Patel

A small princely state in Rajasthan is the last bastion of resistance against the might of the British Empire. While unrest surrounding the sudden death of the king of Devangarh grows, young prince Rudra Pratap Chauhan prepares to ascend the throne.

But the kingdom is in turmoil. The Devangarh army is outnumbered and the British forces are closing in. To make matters worse, Rudra discovers the king’s death may not have been accidental after all. The strange appearance and disappearance of a mysterious hooded stranger and a series of ritualistic murders in which the bodies have been drained of blood, spread panic across the realm.

As Rudra struggles to manage his new responsibilities and investigate his father’s death, dark secrets will be uncovered that will disrupt life as he knows it.

Khayaal Patel is working on newer stories set in Rudra’s exciting universe, and when he is not, you can find him reading comic books, watching movies, trying to figure out the secrets of the universe and indulging in his incredibly unhealthy addiction to anything chocolate. This is his first novel.

The war between Lord Ram and Asura King Ravan was over and Valikesh who was part of the army lead by Hanuman gets greedy for the left over treasures of Ravan. While his dead body was found the next day by his fellow men, Valikesh’s experience inside Ravan’s secret fort is an indication for what awaits in the future.

The story then shifts to 19th century Rajasthan when the British were trying to invade India by making the rulers either their slaves or attacking those who were not relenting. The ruler of the land Raja Ravindra doesn’t bow to the conditions of Lord Walken and instead opts for war with the British forces. A day before the war, the Raja and his personal guard are found dead under mysterious circumstances. The young prince Rudra is now left with the daunting task of saving the kingdom in the face of war. But there are more deaths and hence starts the adventures of the prince, in an attempt to find his father’s killers.

There is a secret cult “ Sons of Hanuman”, there are Wind Asuras, the gurus who taught Rudra the war tactics, a secret warrior Nafisa, the minister who gets ousted by the Raja, and Tarikshir whom everyone wants to awaken.

Special mention for the cover design, one look at the cover and you will be intrigued to pick it.The book is a wonderful debut by the author who picked the supernatural genre for a first one. The story plot, writing, flow, characters and the folklore are all handled in the best way. A look at the blurb seems to be giving away majority of the plot, but only when the reader gets into the plot do they realize that the war and the British are only a small part of the bigger scheme that is going to unfold. The author keeps the suspense and interest till the end, however the first part of the book is definitely more gripping than the later part where there are too many plots thrown in simultaneously.

With good dose of supernatural elements, history, folklore, thrills and suspense thrown in equal measures, Tarikshir is a good read. While the narration gets a bit detailed at parts, one can hope for better character graph and depth for some of the lead characters. The ending hints for a sequel and the premise sounds very interesting. Definitely looking forward to future books from Khayal, after this promising debut.

Book Review — My Little Book of Love by Priya Kumar

Book Review - When the Soul Heals by Pulkit Sharma