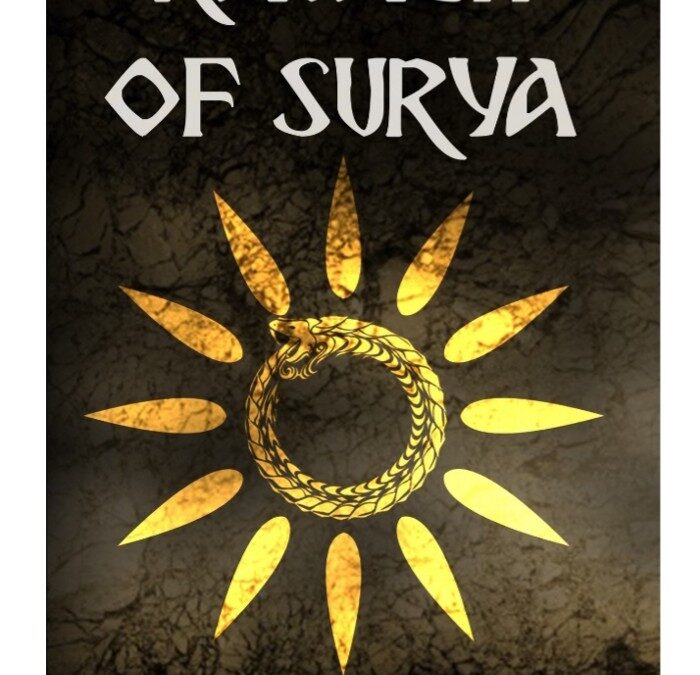 Karna could never have lost the final battle to Arjuna had he not given away his Kavach (armour) and Kundal (earrings) that were a gift from his father, Surya. The armour rendered Karna invincible against any foe.
We are in the 21st century. What if someone can find that armour today?
Vasu, a resolute man, sets out to retrieve the Kavach-Kundal. To guide him Karna himself turns up from the past. The hunt takes them to the Himalayas in the North, Dwarka in the West, Rameshwaram in the South and Konark in the East. And at each leg, they have to surmount hurdles of catastrophic proportions.
And Vasu is not the only one interested in this quest. A dubious character gets on Vasu’s trail and casts traps on his path. The young and charming Sahar, a marine archaeologist, joins Vasu to help him in the race.
Join Vasu and Sahar in this thrilling adventure to know why the armour was all that potent, and if it still exists.
**
COMMENT BY RUSKIN BOND
What stands out in this story is not whether Vasu completes the task, but how he undertakes the mission and what the expedition turns him into. Here, the journey is more important than the destination, and the reader shall see the protagonist going through a subtle spiritual transformation. — — Ruskin Bond
**
COMMENT BY KAVITA KANÉ
A riveting, modern take on the mystery of the kavach and the kundal and that enduring mystique of Karna. A must-read thriller. — — Kavita Kané
****

Surendra tries his hand at writing fiction off and on. A few of his short stories have been published in books and magazines. ‘Karna’s Alter Ego’ is his first attempt at writing a full length novel.

He also publishes books and a magazine. He is the architect of a Children’s Literary Festival, that is into its third year now (in 2015).

Yes, he is married and lives happily with his wife and daughter at Cuttack. He has distant dreams of retiring as an author.

If you have read Hindu mythology, especially Mahabharatha and have some knowledge around it, you would know the significance of the Kavach-Kundal(the armor) that Karna is born naturally with and how he suffers multiple curses in his lifetime, and how he loses this armor, which ultimately is believed to have caused his defeat and death in the great war.

Kavach of Surya is the second book in the Karna-Vasu series which revolves around Vasu, a present day Indian resident and a believer/disciple of Karna who sets on the journey to retrieve this powerful armor. Karna also joins Vasu in this journey and the book explores this expedition of theirs in trying to find and retrieve the Kavach.

Mythological fiction as a genre is interesting as well as tricky, to convince the audience on the content while merging mythology with fiction. This book is even more challenging for the author as the story is set in current day with mythological characters still existing around. Hence the story requires the reader to ignore that part of logic and accept the fairytale flavor to enjoy it, since there are concepts like time travel which are debatable.

Though, this is the second book in the series, reading the first book is not mandatory as the writer gives a brief recap at the starting as well as keeps explaining references to the previous part for ease of new readers.

At nearly 300 pages, the book is elaborate and feels slow at places, especially in the initial parts till the story, main characters and the goal of the story are established. The story takes the characters across the country, across a multitude of regions on their quest to discover the lost armor.

The author succeeds in keeping the characters realistic and relate-able. Pick this one to be taken on a quest to unleash the lost Kavach of Karna and more importantly to realize the message that the journey is always important than the destination.

Book Review — The Times We Live In by Madhav Thapar

Book Review - Pandemic: Tracking Contagions, From Cholera to Coronaviruses and Beyond by Sonia Shah published by HarperCollins India