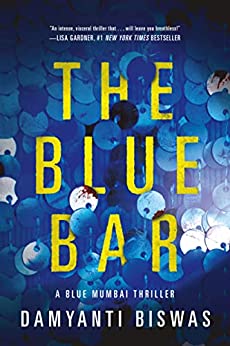 At a deserted location on Aksa beach in Mumbai, on a construction site that has been in litigation for many years, workers have just started excavation to find a decayed dead body; a woman’s body without head, hands or feet. As indicated by the forensics based on the shrubs growing around, more bodies are dug up within the next few days at the same site.

Soon another body is retrieved from a mangrove in Versova, a suitcase containing a woman’s body without head, hands or feet. As Inspector Arnav Singh Rajput decides to bring justice to the women who have been killed after evident torture and bodies dumped at random places in the city, his own trauma from the past comes back to haunt him.

Having lost his older sister due to police injustice and his girlfriend and bar dancer Tara missing from fourteen years, Arnav feels a personal responsibility to solve the mystery behind these bodies. As Arnav starts digging deeper into these cases, there are hurdles at every corner — his bosses, businessmen, politicians, the notorious Mumbai underworld gangs.

Will Arnav be able to traverse this maze and find the culprits forms the rest of the story.

When the story starts there are multiple characters and threads and it takes a while for the reader to grasp the significance of each of them and their role in the overall plot but as the story progresses to the second half, the author’s brilliance in story telling becomes evident as all these threads merge.

The police procedures are well researched and authentic, so are the action sequences which are real, thrilling, and impressive. Mumbai is not just a backdrop but the soul of the story, playing the most important character throughout.

Arnav carries the story for the major part and has become one of my favorite fictional characters. His character starts with an air of mystery slowly revealing his past and building up this character. While Tara is at the center of all happenings, her character could have been developed better. Also, some of her mannerisms like taking solace in a shower get repetitive at places.

The love story between Arnav and Tara is heartwarming and adds to the flow though it is revealed in the middle of some tense sequences. The blue sequins, the three-minute railway station assignment, the connection between the various parties involved – all add intrigue to the narration. The story narrated from the antagonist point of view is scary but also builds the basis for childhood abuse affecting a person’s behavior and lack of remorse for the crimes committed.

The sequences involving the dead bodies can feel graphic if the reader is sensitive to such descriptions. The fast pace makes sure the reader would want to read the book in one go, unable to put down until all suspense is cleared.

The reality and de-glamorous side of the famous Mumbai bar dancers, the nexus between the rich, the police force and the underworld, the underlying corruption that denies justice to common people – the author weaves a wide array of topics deftly into one story.

A racy thriller that explores the dark alleys of Mumbai along with the dark psyche of its residents, The Blue Bar is one hell of a thrilling ride that I would recommend everyone to take at least once.

Book Review — A Girl Like That by Tanaz Bhathena