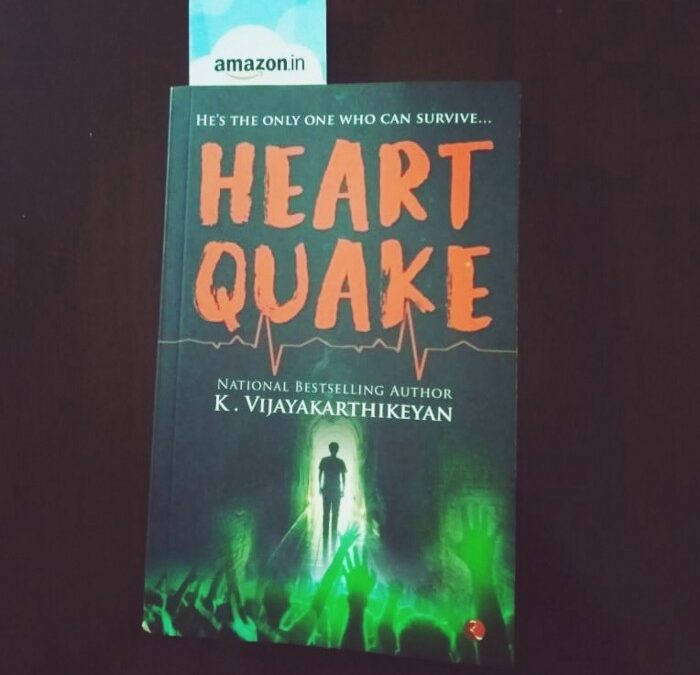 Once upon a time there was a city plagued by greed, corruption and mysterious deaths… A patriotic IAS officer, Vikram, decides to expose a corrupt and powerful minister, Rudra Pratap Rana (aka RPR), during the latter’s visit to the IAS training academy. The video of Vikram asking the minister some highly embarrassing questions in front of a packed auditorium goes viral. Instead of having Vikram suspended from service, a vengeful RPR unleashes violence on the officer’s family, and to continue the torture, RPR gets Vikram posted as the sub-divisional magistrate in Laxmipur — the politician’s backyard. As soon as Vikram joins duty, RPR resumes his vengeance. However, a new drama unfolds when a large number of people start dying of heart attacks across Laxmipur. As Vikram tries to unravel these mysterious deaths with the help of Veda, a cardiologist, and Raghu, a police officer, extreme panic grips the city, which soon leads to riots and pandemonium. Vikram is left with no other choice but to risk his life to get to the bottom of this mind-numbing situation. Join Vikram in this fast-paced thriller as he fights to save Laxmipur from HEARTQUAKE.

K. Vijayakarthikeyan is a medico-turned-bureaucrat well known for his hugely popular initiatives as an IAS officer. He has won several awards and accolades for his pioneering work in land, solid waste and urban management. He has authored the national bestseller, Once Upon an IAS Exam, as well as five Tamil bestsellers, Ettum Dhoorathil IAS, Adhuvum Idhuvum, Orey Kallil 13 Maanghai, Jeyippadhu Yeppadi and Oru Cup Coffee Saapidalama. On sunny weekends, he can be found wreaking havoc on the cricket ground with his explosive batting and deceptive spin.

Vikram Kumar(VK) one of the promising IAS officers in the making at the training academy, comes across a chance to interview the home minister Rudra Pratap Rana(RPR). Instead of the rehearsed questions, Vikram puts across unpleasant questions to RPR, the questions in the mind of common people about his corruption and misusing political power. Vikram’s two other friends also add fuel to the minister’s anger, thus prompting RPR to avenge Vikram. Vikram’s family is attacked by RPR’s goons and are threatned, but more interestingly RPR makes sure Vikram is posted to his place Laxmipur, so that he can build pressure on Vikram using his power and enjoy seeing Vikram helpless.

But once Vikram lands in Laxmipur as SDM, more shocking incidents happen, as large number of people start dying from heart attacks. Alarmed at these mass deaths, Vikram involves Veda a doctor he befriends in Laxmipur and Raghu the local police officer to help him find the cause for these deaths. Along with his team, will Vikram be able to unravel the mystery behind the heartquake that is shaking Laxmipur and how well can he execute his responsibilities while having RPR in the same place forms the rest of the story.

The story from the beginning establishes the political tone, appropriately capturing the real life scenario of how corrupt politicians try to threaten common people as well as the bureaucrats to have their way. Vikram’s character has been designed with the right amount of heroism while being practical. Most of the other characters are designed well but the limelight majorly stays on Vikram. The mystery around the sudden deaths add the required thriller amount around this political drama.

Since the story is short and stays true to its theme and narration without deviating, the narration feels crisp and very engaging. I wish there was more depth to RPR’s characterization and his evil intentions; also Vikram himself once says that he is behaving more like a detective than a government official, which does get dramatic at places. Keeping aside these smaller hiccups, pick Heartquake for a quick entertaining thriller with a political backdrop around mysterious deaths.