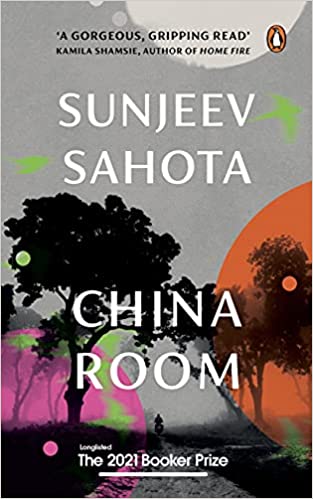 In the year 1929, in pre-independence India, in a small village in Punjab, Mehar Kaur was married to one of the sons of Mai; all three sons of Mai got married on same day, with neither of the brides being aware of who out of the three is their respective husband. The girls were not allowed to look at the men before marriage, were not aware of their husband’s name, leave alone any say in the decision regarding the marriage.

The girls are expected to take care of the cleaning and maintenance of the house, work in the farm, take care of the cattle, and cooking. Mehar’s life revolved around the congested ‘China room’ that she shared along with her two new sisters Harbans and Gurleen. The girls were to meet their husbands only at night in a stark dark room, when Mai ordered them to. During the day, they are always fully veiled, and are not supposed to meet or speak to the men.

Though the other two girls fell into this routine that is forced upon by Mai, Mehar’s curiosity to know the identity of her husband beyond the darkness of the back room increases steadily, only to change her fate and life forever. Parallelly runs the story of a young man who is the great grandson of Mehar, who returns in 1999 to his native village from England, to stay with his uncle’s family.

The young man was fighting drug addiction, which he chooses as an avenue to handle his struggle with racism and acute financial troubles faced by his family in the foreign land. As he spends his vacation in the house that Mehar lived many decades ago, he learns about Mehar through stories from strangers. The story hence traces the life of Mehar and her great-grand son many years apart, and its similarities.

The story has an intriguing premise of parallel threads of two people from the same family, few decades apart. Interestingly, the name of the guy from the 90’s is not mentioned throughout the story. Mehar’s story mirrors the irony of the times — revolts for independence from the British, while women like Mehar did not have any freedom in their lives.

The story goes back and forth in time, alternating between both the timelines. Though Mehar’s story handles many of the issues during pre-independence times, they flow smoothly without bogging down the narration. The bits of nostalgia like the guy staying in the room once used by Mehar or painting the house in same color that was Mehar’s favorite form the connection between the two timelines.

The reason for Mai’s cruel behavior towards the girls as well as her sons is not elaborated. The narration pace is slow in the first half, which demands patience from the reader. For the theme at hand, the author could have made the second story more interesting by adding more depth to the characters. Mehar’s rebellious streak without being loud is what makes this one a worthwhile read.

Book Review - Every Frame is a Painting  by Abhishek Ghosh

Book Review - New York to NEW YOU : THE 31/7 ODYSSEY by Manoj Gupta