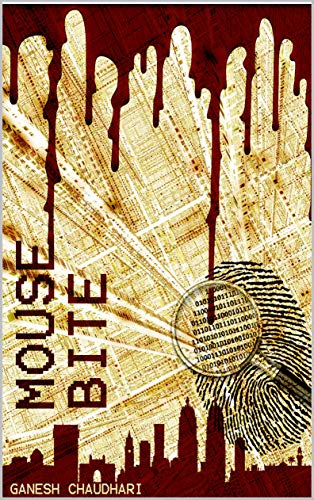 Inspector Pandurang Jagtap is assigned his first murder case to solve — that of a footpath dweller; as the Inspector starts his investigation from the footpath where the dead body of Achhu was found, he gathers info that Achhu was not a regular unlike other people from that locality and that he used a mobile. The doctor who conducted the autopsy has more shocking revelations, Achhu has Mousebite — a condition caused due to excessive usage of a computer mouse.

There is a parallel thread of a terrorist Abu Jindal who was extradited from UAE and being questioned, around the same time when well-known terrorist Yakub Memon was hanged. What caused the death of Achhu who was most probably not a ragpicker as he was assumed earlier and how is his death related to the terrorist activity in Mumbai forms the rest of the story.

The story starts with Achhu being picked from a footpath and then left to die; whose murder case is assigned to the protagonist to crack, as Pandurang is on the verge of getting transferred from Mumbai. What starts as a normal roadside death gets complicated with more facts getting unearthed and Pandurang getting pulled into a world he was not expecting to be involved into.

The story is a racy murder mystery which starts slow establishing the main characters, providing their background. Once the story picks pace the narration gets engaging; as the title suggests, Mumbai plays the perfect backdrop for this story, as the author utilizes the locations for impeccably setting the story. The story does give movie feels with the adrenaline-high sequences, that are otherwise mostly seen in Bollywood movies.

For a debut the author does a fabulous job by weaving a water-tight plot for a thriller. If you love reading stories from the thriller genre, then this one is a must read.

Book Review — Zero Not Out: Every journey has to end, for a new beginning by Vamshi Krishna