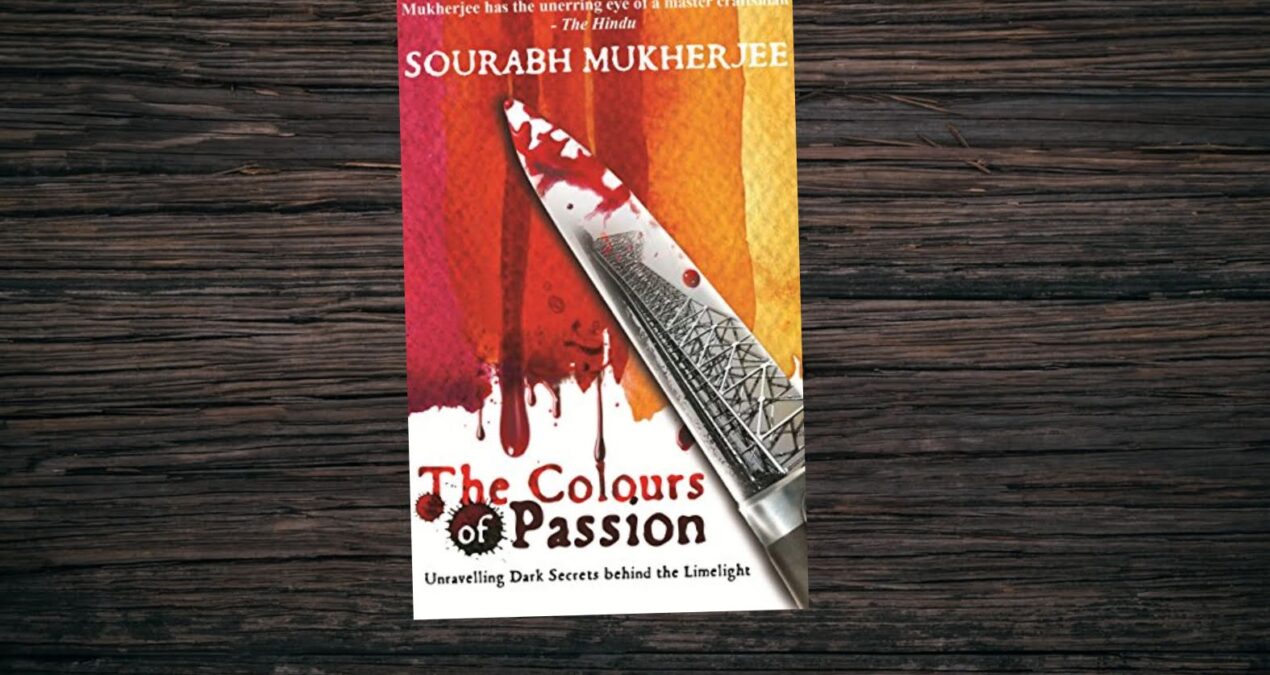 Book Review — The Colours of Passion: Unravelling Dark Secrets Behind the Limelight by Sourabh Mukerjee

The Colours of Passion: Unravelling Dark Secrets Behind the Limelight -by Sourabh Mukerjee

Within days of her fairy-tale wedding with Manav Chauhan, the dashing young entrepreneur, Hiya Sen, the reigning queen of Tollywood, is brutally raped and murdered by three men. As ACP Agni Mitra investigates into the high-profile murder, he meets Neha Awasthi, with whom Manav broke his engagement to marry Hiya, Neha’s father Deepak Awasthi, who was eyeing business benefits through the alliance, Mayank Kapoor, an alcoholic model, and Rituja Bose, the diva who had reigned over Tollywood over the past decade. When two more murders connected with the case make headlines, it’s time for Agni to find answers to perplexing questions and unveil shocking truths.

The Colours of Passion breezes through Kolkata’s glamorous world of industrialists, movie stars, models and fashion designers laced with drug addiction and illicit liaisons, with a heart-wrenching tragedy at its core.

Sourabh Muherjee is the author of the psychological thriller *In the Shadows of Death: A Detective Agni Mitra Thriller* and *Romance Shorts*, a collection of dark-romance short stories. His books have been highly appreciated by readers, bloggers and the mainstream national media. Sourabh received the Golden Pen Award in the Monsoon Romance Contest 2014 organised by Sulekha.com and judged by an eminent panel of literary luminaries.

Sourabh speaks in several events on a variety of topics. His points of view in a panel discussion on serial killings, occult crimes and ritual killings in the Supernatural Literary Festival, Kolkata (2017) with the legendary Ipsita Ray Chakraverty was highly appreciated. He was also an invited panelist in a debate organised by Rotary Club, Kolkata on International Women’s Day, 2017.

Sourabh writes a column for *Sportskeeda*, India’s largest all-sport website. His articles have been featured in *Yahoo Sports* too.

An Electronics and Telecommunications Engineer from Jadavpur University, Kolkata with a Post Graduate Diploma in Management from School of Management Studies, New Delhi, in his day-job, Sourabh works in a senior leadership position in a technology consulting multi-national. Author of several publications on emerging trends in business and technology, Sourabh speaks regularly in various national and global conferences and technology summits.

A keen observer of human behaviour and cultural diversities, Sourabh loves travelling and has travelled across USA and various countries in Europe and Asia. An avid reader of fiction, Sourabh is equally passionate about photography, movies and music.

My take on this book

The book starts with the death of starlet Hiya Sen who got married very recently to the successful entrepreneur Manav Chauhan. Though it initially looks like a case of tragedy caused by some miscreants, the suspense gets deep after ACP Agni gets involved in the case along with Inspector Arya. While the cops go about investigating the sequence of events that led to this death, everyone surrounding Hiya and Manav come across as suspects with most having some reason or other to avenge the couple. And before the suspense is sorted, more deaths follow. What follows is Agni cracking the case while the reader wonders if there is a serial killer on the prowl, are these deaths connected and is Hiya’s death a well planned execution.

The story takes the reader around the lanes and by lanes of Kolkata while showcasing the life of stars from the entertainment industry. Infact the city plays the perfect backdrop for the story. The book is unputdownable from the word go as there is never a dull moment. Everyone seem to have their own hidden motive or so the reader will feel, up till the pre-climax where the suspense gives way to how the dots are all connected.

On the flip side, some of the characters are cliched like young actresses are assumed to be arrogant, the older and out of demand ones are desperate. The writing and investigation is not as sophisticated and scientific as expected in a murder mystery. The killer doesn’t come across as smart and doesn’t bother about the clues left in the process at each murder site and the events leading to it. Some of the clues are too easy for the cops to not miss them.

What the author succeeds in is to maintain the suspense almost till the end and explains well the killers motives and behavioral traits that led to the crimes. The writer also touches on some sensitive aspects of human behavior and societal reaction. A more tighter storyline could have worked better but nevertheless a decent murder mystery.