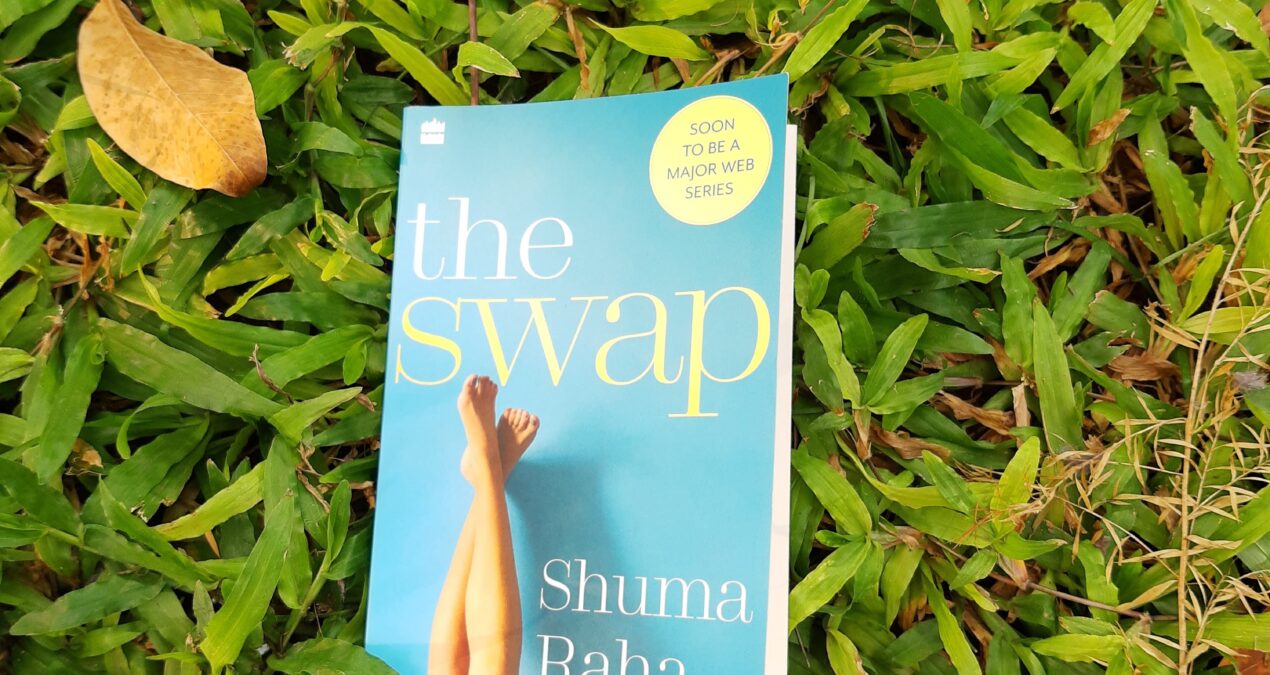 The Swap by Shuma Raha

There is nothing really wrong with Priya Bakshi and Akash Srivastav’s six-year-old marriage … except that Priya is having an affair. And Akash, too, seems to be on the lookout for sexual adventure. When Tarun, their richer, older, and manipulative friend, tells them about Delhi’s couple-swapping parties, Akash wants to jump right in. With some reluctance, Priya agrees to give him company. Soon, Priya and Akash find themselves in a world of swinging couples and sexual abandon, joined by friends who are equally keen to test the waters. But as the clothes come off and the secrets begin to tumble out, it seems that none of them will emerge unscathed. Witty and racy, The Swap is a sparkling social novel about sex, marriage and morality.

Winner of the Juggernaut Short Story Prize (2017), Shuma Raha is the author of The Love Song of Maya K and Other Stories (2018). A journalist formerly with The Telegraph and The Times of India, she continues to write columns for publications in India and abroad. When she is not writing fiction or getting worked up over current affairs, Shuma dabbles in literary translation. Her English translation of Bonophul’s Bangla novel, Haate Bajaare, has been published by Sahitya Akademi. Shuma lives and works in Delhi. The Swap is her debut novel.

Priya, a young journalist working with a leading media-house in Delhi is married to Akash for six years after brief courtship; happily, for the initial few years and now there is a cold distance between them. While the reasons are galore, right now Priya is not much bothered about her shifting relationship dynamics with Akash as she is enjoying a secret extra marital affair. Tarun, a rich socialite who is part of their friend’s circle, lures Akash and others from their group for a couple swapping party invite. With the boredom set into their married life, Akash grabs it eagerly along with a few other couples who fall bait to Tarun’s invite.

This one swap party unexpectedly changes lives of Akash, Priya and few others involved. While each of them initially question their own as well as others intentions in getting involved with someone else’s spouse, it also opens an unlikely opportunity to enjoy adultery which they have been secretly harboring; adultery approved by their respective spouses. How will such an arrangement affect those involved and where will it ultimately end forms the rest of the story.

As the blurb states, this story is the author’s interpretation of a bold topic like couple swapping. While such a topic sounds juicy on the surface, this book is not just about the physical intimacy between the involved couples. Extra marital affairs come with their own share of guilt and the struggle of those involved to maintain secrecy. Couple swapping is therefore a different premise with consent coming from the other partner. The story explores the psyche of such couples, the situations hence leading to it.

The USP of this book is definitely the risky topic it touches, so to declare at the outset, it is for readers who are not going to judge the story or the characters, for their values or morality. The characters are obviously flawed and interestingly none of them come from dysfunctional families, no obvious reason to trace back their current decisions. The first half of the book has an amazing pace, building upto the actual swap party. While few parts of the second half feel slower, the author throws a twist at regular intervals making the reader wait for the climax, without leaving much hints even till the pre-climax. For a debut, this novel is mind blowing on multiple fronts.

The story feels majorly narrated from Priya’s perspective and I would have liked to get some thoughts of Akash also which was majorly lacking in the entire book. Pick this one to read a racy, bold attempt on contemporary relationships and their makings.