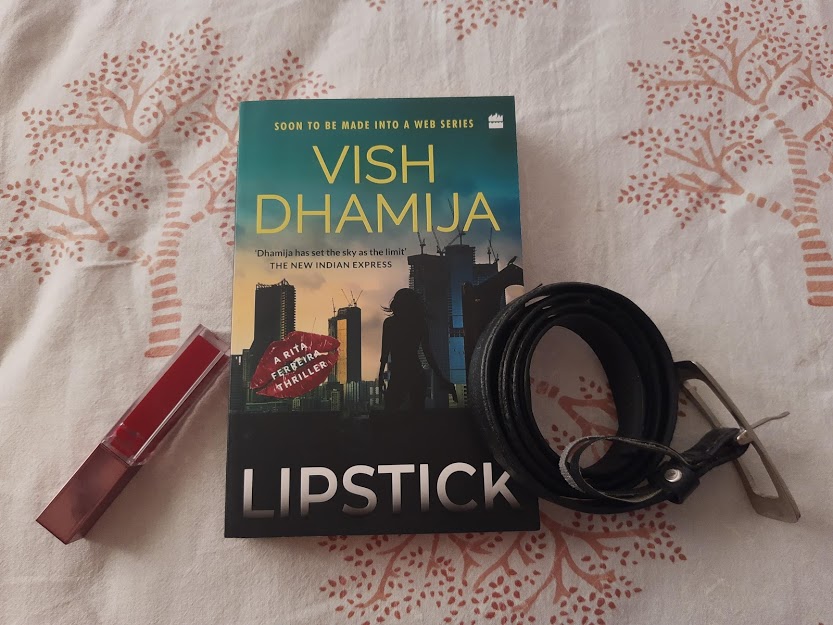 DCP Rita Ferreira is called into the investigation after a third corpse is discovered in Mumbai, which confirms it is the work of the same killer who paints his victims’ lips with dark red lipstick. The Lipstick Killer, like all serial killers, is fast decompensating — the time interval between the murders shortening, the victims shifting from street-side hookers to high-heeled wives … And he watches everything and everyone — the news of his exploits, Rita, the investigation — and talks. However, he only talks to you: ‘When I’m gone, some people may tell you that I was evil, perhaps even call me a psychopath. Don’t believe them. I am not. I am anything but irrational and impractical; perhaps only slightly more detached than your average guy on the street.’

Vish Dhamija is the bestselling author of eight crime fiction books, including Unlawful Justice (2017), The Mogul (2018), The Heist Artist (2019), Bhendi Bazaar (2019), Doosra (2019) and Lipstick (2019). He is frequently referred to in the press as the ‘master of crime and courtroon drama’ in India. In August 2015, at the release of his first legal fiction, Deja Karma, Glimpse magazine called him ‘India’s John Grisham’ for stimulating the genre of legal fiction in India, which was almost non-existent before his arrival on the scene. Vish lives in London with his wife, Nidhi.

A third dead body is found when DCP Rita Ferreira had to be called in and the three cases are handed over to the Mumbai crime branch. Along with her team, Rita quickly sets up an ops center and gets onto the job of nabbing the criminal, who is believed to be the same person involved in all the three incidents looking at the similarity in the modus operand. As with most serial killers, this one too has a set of rituals that he follows – one that stood out was how he painted the women’s lips with a dark red lipstick and then bit it off.

He took extreme care to not leave back any clues, or DNA like hair or body fluids, hence making the case complicated. As the crime branch start their chase to unearth the killer, there are more bodies that are found and the killer gets onto a spree of ruthless killings. How does Rita find an end to this while dealing with a highly intelligent and psychotic killer forms the rest of the story.

As the blurb suggests, the story is of a serial killer who teases the police with his smart techniques of killing, however what sets the story apart is the way author delves into the psych and background of how a person turns into a brutal killer. Mid way through the story, some parts of the story is also narrated from the killer’s point of view making it interesting, how he blames an imaginary inner self for his negative qualities. The built up of suspense and narration from the point when the police start with zero clues about the killer to investigating from multiple dimensions is what keeps the story engaging.

There are of course few threads the reader would want the protagonist to further explore instead of leaving them to end abruptly. Also, some portions towards the end seems rushed up as the actions of the killer could have been explained better, like his daily lifestyle and his interactions with people other than his targeted victims. However, excusing these minor hiccups the book makes for a racy thriller and serves as perfect example of how to build an interesting narrative about a serial killer.

Book Review — The Right Kind of Wrong by Shilpa Suraj

Book Review — Everyone Has A Story — by Savi Sharma