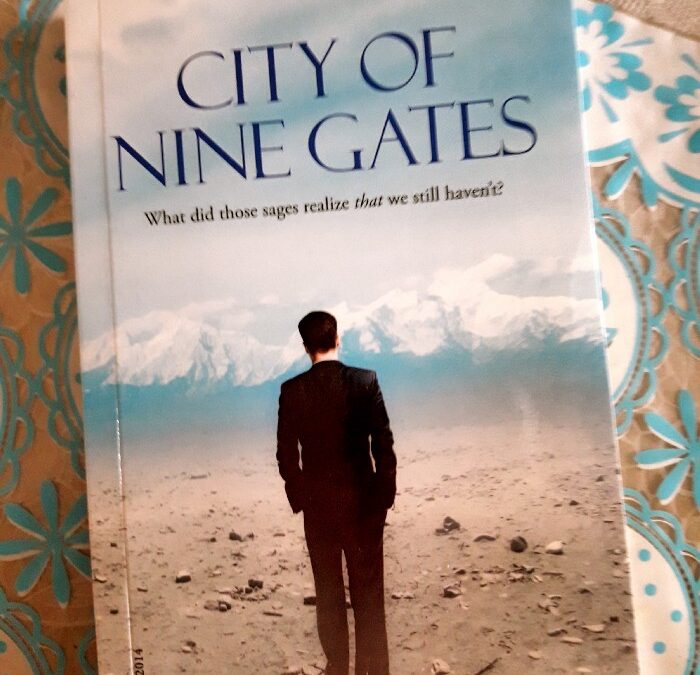 An atheistic millionaire is forced to find and help his long lost friend achieve self-realization in a mystical City of Nine Gates known only to the Gods and the wisest sages of the Advait and the Sankhya. Assisted by other friends in the City, he leads the City on an inward enlightening journey, only to realize at the end who his friend is, what actually the City of Nine Gates is and who is that beyond all regions knowing which one never comes back … “When the Gods descend to devastate, When Kalyuga meets Apocalypse, Out of a Billion, Only one strives, Of those who strive, Only one achieves, What those sages realized, and you still haven’t, knowing which, one never comes back. Rise O’ Cities! It’s time to liberate, It’s time, to realize…”

Pankaj Rajput, the author of the City of Nine Gates, is from Mumbai. He works as a financial risk analyst in an MNC in Mumbai. His interests have ranged from physics to metaphysics to spirituality. His belief that Truth is Absolute yet the inherent diversity in Nature, ranging from atoms to people to philosophies to even the gods we worship, motivated him to write the Vedic Fiction City of Nine Gates. He is currently working on its sequel tentatively titled — The Return of Karn where Gyan encounters the greatest spiritual warrior ever and battles the end of all Worlds.

My take on the book

Gyan an entrepreneur by profession and an archaeology enthusiast, joins his friend and team in the excavation of a hidden city. On a secret trip to the ruins, Gyan finds the wisest sages at the city entrance and the history of this discovered city from the sages. While at an awards function felicitating him, Gyan suddenly finds himself transported to an unknown land and with help of one of the sages is left at the entrance of a mythical city.

Every person Gyan meets in the city initially think their name is Parth and Gyan is given the responsibility to help the city as well as its citizens. As Gyan navigates through the city, he makes the citizens touch a magical piece, which changes inscription everytime someone touches it and gives important info about the person. Gyan along with other friends he makes in the city, explores the city to find the unknown regions, gates and their keepers. Is Gyan helping the city and its residents or if he is there for his own journey is what the rest of the book is about.

Gyan, Buddhi, Manas, Parth, Vrittis, the names of the residents and the main characters of the city should hint the reader about the city Gyan explores. The theme of the book is very unique and not found usually in fiction. The author uses a brilliant analogy to explain complex spiritual and philosophical concepts in simpler terms. What takes Sages to become enlightened souls which normal humans are not able to accomplish is explained in detail. The book is not just for entertainment but dishes out a lot of unknown info.

While the author has in-depth knowledge and has done extensive research on the topic, the narration can get overwhelming at times, since a majority of the book revolves around exploring the city one region after another and knowing which resident is contributing to what. The book requires complete attention from the reader as the story progresses.

The book is meant for multiple reads and each time will throw a different perspective. Pick this one to be taken on once-in-a-lifetime journey of not just Gyan but oneself.

This book review is a part of “The Readers Cosmos Book Review Program and Blog Tours, for details log on tohttp://www.thereaderscosmos.com/”