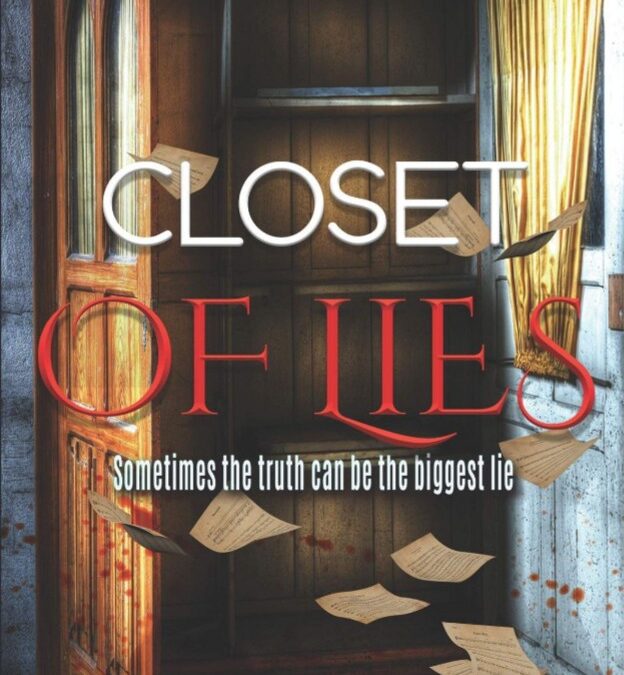 Closet of Lies — by Samruddhi Chandak

“And sometimes it’s the victory of the villain in a story that makes you happy.”

Bogged down by the pressures of a daily hospital routine, 28-year-old cancer-stricken Riddhi’s life suddenly picks up pace when she starts receiving mysterious letters from an anonymous sender, who means bloody business. Riddhi finds herself in the fast lane when a renowned top cop is found murdered as mentioned in one of the letters. It is only when CBI officer Kabir Rana gets involved in solving the case, does he realize there is more to Riddhi than meets the eye. When Kabir starts decoding secret clues that would lead him to the murderer, what he comes across shakes him to the core.

Samruddhi Chandak is a Nagpur-born young author, who is currently pursuing her Final Year of B.Tech in Cosmetic Technology. At the age of 20, she wrote her first book -REDEFINE LIFE — in January 2017 and has since then, only upped her writing game. The author is a keen learner and has mastered the art of Tarot Card reading. She has been practising the art along with her other interest Astrology. Samruddhi is a dog person and loves canines more than anything else in the world. Apart from writing, her heart lays in classical dancing, which lifts up her spirits and energises her soul. She is the founder of and also writes for her Instagram account @solace_of_words To know more about her thoughts, you can follow her Instagram account: @samrudhichandak Or you can get in touch with her on her e-mail id: samruddhichandak27@gmail.com

Dr Riddhi is fed up of her boring and tiring routine of undergoing treatment for Cancer and being all alone in her flat with only a friendly neighboring Granny to look after her. Suddenly Riddhi starts receiving letters from an unknown person predicting her daily activities, future moves and soon they turn into threatening her with a countdown to her death in next few days.

The letters arrive one per day, first predicting a close friend slipping into coma and when this comes true, Riddhi stars taking these letters seriously. The next comes with death warning for a police official and though Riddhi warns him in advance, her letter’s story is not taken seriously. Only after the inspector indeed dies and the case is handed to CBI officer Kabir, does the puzzle starts getting solved and a suspect is finally caught. What is the final truth, are there more lies in the closet to be unearthed and will Kabir succeed in finding more than what meets the eye, forms the rest of the story.

The story starts on a high note from the moment Riddhi receives the first letter, each letter having a note for her, some having future predictions of deaths and an unrelated clue left by the sender. While the first half of the book has enough action and goes at a high pace, the second half is even more racy with more clues cracked and more truths revealed. Each letter has some intelligent clues and each character related to the other in mysterious ways.

The writer had a solid plot at hand, with some interesting characters, and multiple back stories connecting them. The writer also succeeds in holding the mystery till the end, while the reader keeps guessing the identity of the culprit. However, there are places where the writer faltered like CBI taking over a normal case within a day, a smart CBI officer not able to understand few simple clues while they are right infront of him. If some of these loop holes can be ignored, then this book makes for a brilliant thriller with very interesting twists.

Pick this one for a racy thriller which is sure to entertain till the end.

Book Review — Along the Way : As you unearth about Self-love and Relationships by Shreesha Khare

Book Review — Love to Hurt You by Rahul Saini