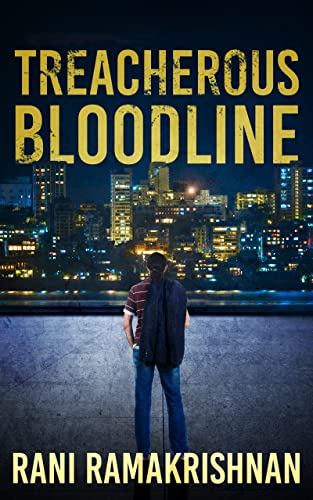 Arman Mohammed is back in India after completing his higher studies in medicine, but he brings along a stranger Sophie even though his longtime girlfriend and fiancé Nadia is waiting for him back home. Arman’s brother Kabir who is a human rights lawyer, has become friends with Nadia in Arman’s absence and is trying hard to break Arman’s engagement with Nadia, though Nadia is against this madness of Kabir.

Kabir keeps meeting another stranger Raeth and follows Raeth’s orders mostly against his own will. As the Mohammed family start believing that Kabir is against his brother and is lusting his brother’s fiancé, sudden tragedy strikes that implicates Kabir as the offender. What secrets is Arman hiding from his family? Who are Sophie and Raeth and what is the reason behind sudden weird behavior of Kabir? Read Treacherous Bloodline to know answers to these questions.

This is the story of two brothers — one an aspiring surgeon and other a lawyer, who are pitted against each other due to a dark secret. While their outer behavior suggests a feud for a girl, there is a bigger reason that turned the brothers rivals. The author succeeds in weaving a taut psychological thriller around this story idea, with a racy narration that keeps throwing twists every few pages.

The layered characters are the highlight of the story as none of them are what they seem at the outset. I also loved how unconventional and mysterious the character of Raeth is, when the truth is revealed the reader is sure to be shocked. The reader will keep guessing about what is going on in the minds of the characters and what will be their next move.

The first half hence impresses more with multiple threads going in parallel that are tied up in the second half. I read couple of books of the author and this is the best book so far. I would have loved to read more about Arman’s perspective on the happenings as the story is narrated mostly by Kabir.

Pick this one for an entertaining, edge-of-seat thriller.