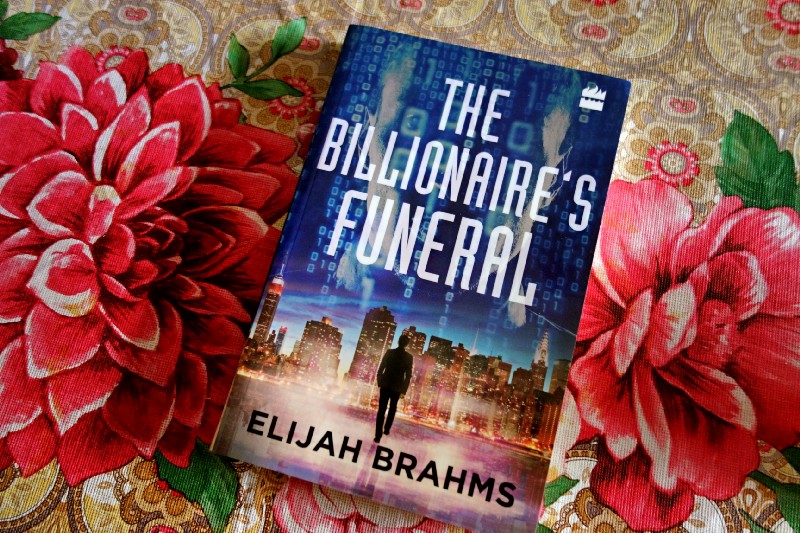 The Billionaire’s Funeral — by Elijah Brahms

Billionaire investor Chad Cohen is at a London restaurant when all his credit cards are declined. Before he can make sense of any of it, he receives a disturbing message on his phone. And now he’s being accused of travelling on a stolen passport and put in jail. Who’s out to get him? His reputation in shreds, the company he so painstakingly built comes under threat. The stocks plummet and the board of directors decides to fire Chad. Frantic, he calls the one person he can trust the most — his friend and business partner Michael Cole. The two try to figure out just how much of Chad’s life has been digitally erased by a hacker. Hitting one dead end after another, Chad begins to doubt Mike’s loyalty. Was this all just a vicious plan to take over everything Chad had built with him? Helpless and locked up in jail, can he count on Mike for his freedom? Has he been served the ultimate betrayal or is this a cosmic intervention to right his past wrongs?

Elijah Brahms is the pseudonym for a former senior executive in a multi-billion dollar organization who has now turned to other pursuits. To know more about Elijah, visit elijahbrahms.com.

Chad Cohen, the billionaire investor from the United States is in London finalizing deals with potential clients when his credit cards stop working, all of them are denied. Soon he finds his shares being traded in bulk by an anonymous user, and before he could find the cause and work to stop further damage, he is detained by the UK police on charges of forgery of his own passport, followed by a Interpol red corner notice for smuggling drugs into some remote African countries. Life turns upside down for Chad withing few hours, the empire that he built over decades is being crushed mercilessly.

Before he can figure out if it is a personal vendetta or a business game by his competitors, he starts suspecting everyone — his close aides, his ex-wife, his business partners, governments, organizations, the list is endless. In the process Chad slowly starts realizing the values he kind of gave up to reach these heights. Will Chad be successful in finding the person/force behind this mess and where will life take him ultimately forms the rest of the story.

As the blurb suggests, a very successful and smart guy suddenly finds himself at the receiving end of someone’s tricks as his life goes upside down with unexpected trouble squeezing him from all sides. The story goes back and forth in time, introducing the different people in Chad’s life, his family, employees, colleagues, business partners and his backstory before he reached his current position.

The story is a racy thriller which pulls the reader into Chad’s world from page one. As with every thriller, loopholes and illogical sequences can be found if reader tries to put a keen eye to some of the details. But if the story can be treated as fiction, this book is sure to give complete satisfaction and guaranteed entertainment. Of course there is an added humane angle and message, as the author summarizes at one point that life can be very unfair for few irrespective of their past behavior. Also while some people struggle for daily survival others keep making money and regain success even after hitting rock-bottom.

For those with background of stock markets, investors, and hackers are sure to love the authenticity of the details mentioned by the author. Pick this one for a very entertaining thriller which I would personally love to see adapted to screen.

Book Review - What The Eyes See  by Nitya Ravi