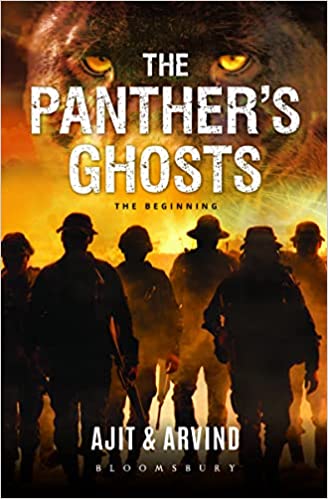 December 2014 — Special Officer Veer Pratap Rana has gathered evidence about the master minds behind the terror attacks on Mumbai and shared the copies to the Commissioner to whom he reported, along with his trusted friends. On the same night, six men attacked on his house and killed Veer in a brutal manner. While the notorious Don Adnan was the known person behind it, the then Chief Minister as well as few officers within the police force have let Veer down by joining hands against him.

A year later, his widow Shanti reveals to their son Raj the conspiracy involved in Veer’s death and Raj is determined to avenge his father’s death. Will Raj be able to find the culprits and stand against their power, who are the Panther’s ghosts and how are they involved with the Ranas’ forms the rest of the story.

The storyline chosen by the authors and the research done by them in putting together a narrative is impressive. However, the book takes time to get into the actual story line, so the reader needs to be patient for the first 50–60 pages. Also the pace is uneven as the pace is slow at the beginning and multiple threads are quickly wrapped in the end.

As the title suggests this as ‘The Beginning’, I am expecting more books in this series. The fact that Raj is not a trained officer or spy but still sets out on this mission was the intriguing factor for me. I love spy thrillers as a genre and while I liked the storyline chosen by the authors, I felt the idea could have been executed better.

If you are beginner to this genre then you would like this book, otherwise you may struggle with the pace in the initial half.