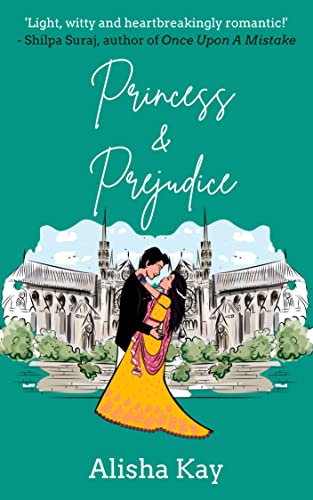 Her Highness Princess Jayshree Devi (Jessie) of Devgarh is always at loggerheads with Dr Aryan Sharma, brother of her best friend Nivy. Growing up, Aryan was a pillar of support for Jessie during her lowest phase when she suddenly lost her father. As teenagers, they had strong attraction for each other.

But as adults, Aryan is dating his colleague Ayushi while Princes of other royal families are pursuing Jessie. What prejudice messed the possible love-life of Jessie and Aryan forms the rest of the story.

This is the second book in the Devgarh Royals Series(Book1 — The Maharaja’s Fake Fiance) and has the same characters repeating with the story spotlight on Jessie and Aryan, who were introduced as supporting characters in book one. The first half of the book fills in the gaps of the story from Jessie and Aryan’s perspective, so if you have already read book one, you will read few repeating scenes.

However, if you are reading this book standalone, you will not miss anything logically, as the author made sure to cover the major sequences from book one. Hence the actual story between Jessie and Aryan begins only after the first few chapters. As with Nivy’s character, Jessie is quick witted, spunky but adorable. The humor and sarcasm in the protagonist’s conversation is the highlight of the story.

While the reason of conflict is understandable, the story seems to move in circles towards the end as the same misunderstanding keeps cropping up between Jessie and Aryan in a repeated fashion. However, I loved Rani Ma’s characterization more in this book for the forward thinking and not being a cliched mother figure. When compared to Jessie, Aryan’s character does not get much character graph as he is the ideal male character, who I wished had more versatility.

After reading book one, I wished to read Jessie and Aryan’s story and this book fulfilled that aspect. Pick this one for a quick, fun read with entertainment in abundance.

Book Review — Once Upon A Scandal by Shilpa Suraj