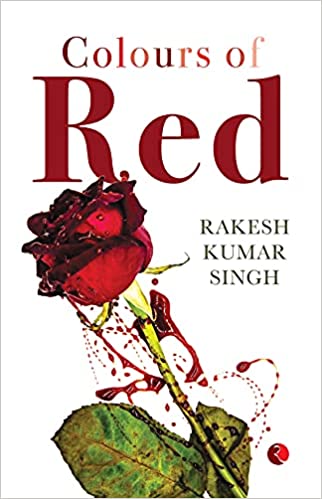 Shaurya, commandant of the Counter Insurgency Task Force is posted to the conflict-ridden Bastar. Shaurya strongly believes this posting is a punishment for his outspoken nature. Though he heard a lot about Bastar and its history, living in that place and experiencing it first-hand is something Shaurya is not prepared for.

Shenaya is a Bastar woman who unlike many of the locals is highly educated, opiniated and is working with the government forces on research activity. Shaurya though happily married with two kids, being away from family and in constant tense situation, Shaurya is instantly attracted to Shenaya for her beauty and her wit.

On the other hand, the happenings in Bastar are influenced by the politicians from Delhi, the local tribal leaders, and the government officials. As the common people are torn between all these forces, will Shaurya also becomes a pawn in this dangerous game forms the rest of the story.

We all have heard of Bastar in the news for the infamous warzone it has become over the years. This book written by a serving CRPF officer Rakesh Kumar Singh gives insights of the place like never before; the author is extremely honest in narrating the life as it happens in Bastar while being meticulous with the detailing. The unknown history of the place is also well captured in the story.

While the story is set against the backdrop of fictional characters, I personally loved reading about Bastar than about Shaurya and Shenaya. Also, the author excels in narrating about the place than weaving a love story. The way Shaurya pens down his thoughts and angst are impressive. I would recommend everyone to pick this book to read about Bastar and to know what really happens there, unlike what is reported in mainstream media.

Book Review — Who Killed the Kaneez? by Vijay Kakwani

Book Review - The Mother of All Parties by Padmini Sankar