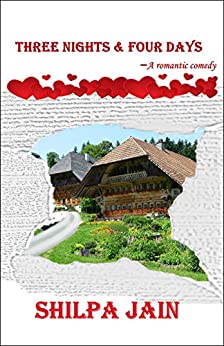 Tisha and Pari are classmates but Pari cannot stand Tisha as she suspects Tisha’s father Anil is planning to propose marriage to Pari’s mother Sara. Anil and Tisha have already planned for a vacation to Bandhavgarh National Park and invited Pari and Sara. By the end of the vacation, Anil plans to put forward his proposal to Sara who recently divorced Jai. Though Jai is Pari’s stepfather only, Pari is attached to Jai as own daughter and would rather have Jai and Sara reconcile than Sara moving on with Anil.

Tisha who had been deprived of mother’s love is eagerly waiting for Sara to become her mom. Jai’s colleague Binata who had been trying to flirt with him for a while gets a nod from Jai’s mother; as Anil, Tisha, Sara and Pari go on this much coveted vacation, Jai and Binata also arrive at the same resort. Pari and Tisha take sides to make their respective father’s get closer to Sara, who wins over Sara in this tug-of-war of the kids is filled with fun and humor.

The story has an interesting premise of two men vying for the same woman’s attention with young kids involved who have their own plans for their parents. The story sensibly portrays the dilemmas and struggle kids face when parents separate especially when the kids are at a tender age of understanding the world around them. The humor created from these situations keeps the reader entertained.

However, in second half, once everyone reaches the resort, the story starts deviating with emotions taking a back seat and the kids conspiring to showcase their father as the best match for Sara. Some of these sequences and games sound silly as everyone around fight for Sara’s attention without understanding her feelings. The author had a different premise on hand but falters in execution, especially towards the end.

If you like family sagas filled with humor, then pick this one.