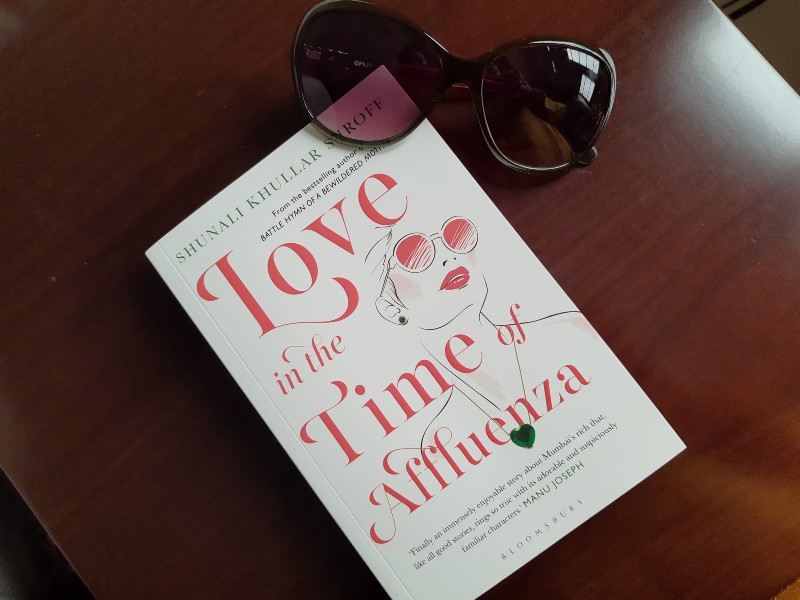 Love in the Time of Affluenza — by Shunali Khullar Shroff

“He never wants to touch me any longer, Natasha. It’s like he’s impotent or something.”
“That’s not impotence, that’s just what being married is like!”

Raising three beautiful children in her beautiful Bombay home with her aristocratic husband of 15 years — every bit the prince you read about in fairy tales — Natasha has it all. But when her closest friend drops the bombshell that she’s isn’t entirely fulfilled by her family and is having an affair, Natasha begins to ask some difficult questions about her own seemingly perfect life.

From the bestselling author Shunali Shroff comes a novel about being a wife, a mother and the woman you used to be before that.

Shunali Khullar Shroff is a Mumbai-based writer who has worked as a journalist and a corporate communications professional. She is the author of the bestselling novel ‘Love in the time of Affluenza’ (Bloomsbury 2019) and ‘Hymn of a Bewildered Mother’ (Hay House 2015). Shunali writes for a host of publications including the Conde Nast Traveller, The New Indian Express, Elle and HT Brunch on modern Indian life, travel and feminism.

Natasha is happily married to Varun, a present-day crown prince but who instead loves being a busy banker. After having three kids, Natasha’s career and ambition took a backstage taking care of kids and family. Her work as a freelance writer for a magazine is the only thing that keeps her sane in middle of taunts by her mother-in-law and forever demanding husband and kids. While her articles are realistic and point out what women really want in their life, she is herself skeptical to take up a full-time job out of fear of neglecting family.

Natasha’s life takes an unexpected turn when she finds about the extra-marital affair her family friend Trisha is having. As she is torn between her loyalty for Trisha’s husband Nakul who is also Varun’s business partner and between Trisha who seems to be truly happy in this relationship than in her marriage, will this change friendships and relationships forever forms the rest of the story.

The title is catchy so is the cover; though the story is set against the backdrop of affluent families who are Page3 regulars also, a majority of young woman will be able to relate to Natasha’s life. I personally loved the pieces that Natasha publishes as some of them serve as good food-for-thought. The story is interesting in the first half as the reader gets to know about Natasha, her family, friends and about Trisha and her affair. However, the point of conflict gets weaker as the story progresses and the second half suffers due to some sequences getting dragged.

With better editing, the story could have been more appealing. That said, this book had been my comfort read on all those occasions when I wanted a light and entertaining read. Natasha’s life situations and problems may not be critical or life threatening but it would be unfair to ignore the constant judgement that woman at different financial levels go through.

Pick this one if you like light and fun reads, centered majorly about woman characters.

Book Review — The Peshwa: War of the Deceivers by Ram Sivasankaran

Book Review — A Taste for Murder by Anjana Rai Chaudhuri