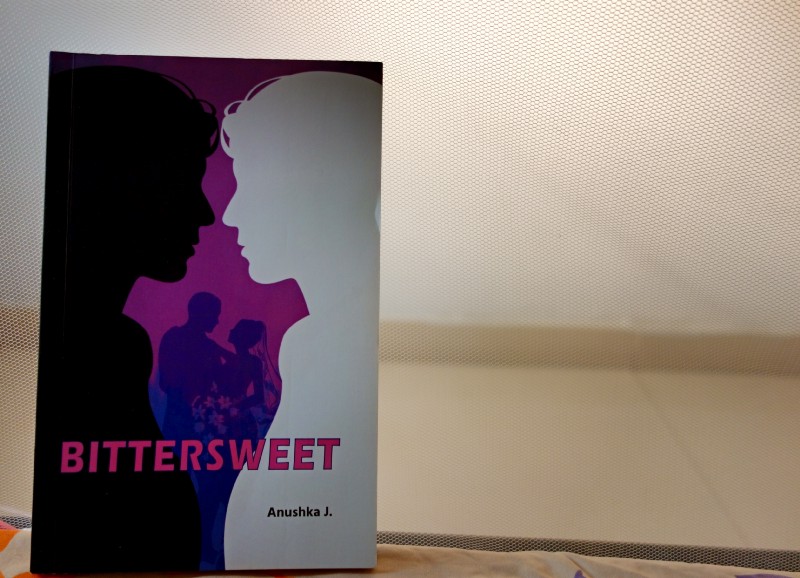 Archer Davis’s life couldn’t have been more perfect. That was until he ran his car into a girl. And since then, trouble has followed him like a shadow. He got strangely fascinated by her, trying to figure out the ‘maze’ she used to talk about. But when she disappeared, he finally decided to find the reality behind her delicate face. When the mystery unravels and the traumas unleash in front of him, will he still remain the same? Meet the girl who is after all not one. Meet the guy who falls for one of them.

Anushka J. is a 19 year-old author, pursuing her Bachelors of Business Administration from PIMR, Indore. She is an introvert who mostly likes to sit at home, eat pizzas and read books. She lives with her mother, father and elder brother. She discovered her passion for writing when she was thirteen, exploring it more by writing short stories and poetry. Apart from that, she enjoys singing and has been a part of her college rock band.

Her life revolves around her mother, her large collection of books and her dreams. She believes that her greatest achievement so far is winning the best fiction manuscript award by Lit o Fest, Mumbai.

Archer Davis literally bumps into Snow Ace one fateful evening and ends up bringing her home under some compulsion. The next one week remains the best time of Archer’s life as he has fun with Snow along with his other friends. While he realizes there is a certain mystery around Snow and her abrupt reactions, he cannot stop himself from falling for her.

But Snow disappears suddenly leaving Archer heartbroken; all his attempts to trace her go in vain, only to discover that Snow did not really reveal all truth about her life and her family. While Archer tries to move on in life, fate has him meeting Snow again, but under a new identity and in a totally different state. Archer doesn’t spare a minute in trying to protect her, soothe her pained soul and attempts to bring her back to the person he met three years ago. Will there ever be love and romance between Archer and Snow as dreamt by Archer, will Snow be able to come out of her troubles or will she further fall into the abyss forms the rest of the story.

The story starts with Archer remembering his past times with Snow and that in a way hints at how it is going to end. But the author maintains a nice suspense all through which makes the reader curious to know about the entire journey, about all that happened in the past. While the story starts in a bright way, with the fun times spent by Archer and Snow, the narration gets intense when they meet the second time. The truth behind the dual identity of Snow is revealed slowly, but will surely shock the reader.

The book deals with complex mental problems and disorders and describes it from the point of view of a person undergoing it as well as that of others surrounding them. The story is deep, intense, emotional, as well as dark at times. The love story is different from conventional stories, as it involves one of the protagonists fighting some extreme issues and trauma. The author does a brilliant job at such a young age while handling a mature and complicated story. Pick this one to read an intense story, and since its high time we read more around mental health conditions.

Book Review — Before You Breathe by Tanushree Podder